This project looks at what we know about the patterns and drivers of informality. It will provide knowledge for better policy-making with respect to the informal sector, by understanding the causes and consequences of informality.

The challenge for policy makers is then to find ways to encourage the movement of workers from the informal sector to the more productive formal sector, and concurrently provide opportunities for more dynamic informal firms to grow, and for those working in these firms to achieve decent and remunerative work.

All papers, data, opinion pieces and opportunities to engage relating to this project will be available on this webpage. The project will be launched in an inception workshop held at UNU-WIDER on 8 February 2019, which will set out the research agenda and modalities of the project going forward.

Informal employment or informal firms? Regulatory enforcement and the transformation of the informal sector

The lingering policy dilemma facing many governments in sub-Saharan Africa in recent years is what can be done in the short to medium term to boost the output and incomes of individuals and enterprises in the informal sector, given the size and persi...

Informality and pension reforms in Bolivia: The case of Renta Dignida

How social protection programmes affect work choices is a question that has been at the centre of labour economics research for decades...

A new report from the Transforming informal work and livelihoods project has caught the attention of policy makers and media in Ghana. Researchers from UNU-WIDER and the Institute of Statistical, Social and Economic Research (ISSER), University of...

Informal activities are widespread in many developing countries. In many sub-Saharan African (SSA) countries informal economic activities account for more than one-third of economic output and more than two-thirds of employment...

Precarious employment for youth in Egypt, Jordan, and Tunisia
by Shireen AlAzzawi, Vladimir Hlasny
May 2021

Globalization has generally coincided with a rise in work outside the formal economy, intensifying job precarization — when high-quality, formal jobs that entitle workers to benefits are replaced by jobs which may not comply with regulations an...

Informality is a pervasive phenomenon in the labour markets of developing countries. Two billion workers, representing 61.2 per cent of the world’s employed population, are in informal employment ... 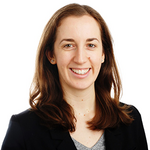 In a recent study , my co-authors and I propose a new way to measure informality by household, rather than by individual worker...

Internal migration and crime in Brazil

THIS ARTICLE IS ON EARLY VIEW/. Empirical evidence suggests that the social effects of internal migration may be substantially different from those associated with the arrival of international migrants...

What sustains informality?: A study of the interactions between formal- and informal-sector firms

We consider two vertical links between informal- and formal-sector firms and study their implications...

The gendered crisis: livelihoods and mental well-being in India during COVID-19

This paper studies the impact of the COVID-19 crisis on the gendered dimensions of employment and mental health among urban informal-sector workers in India...

Coronavirus lockdowns brought the world to a standstill. Rules on hygiene and social distancing have reshaped daily life, schools and businesses had been closed, and gatherings banned...

How COVID-19 is affecting workers and their livelihoods in urban Ghana: Results from the GSPS-COVID panel survey

This survey is a collaborative project conducted by researchers of the United Nations University World Institute for Development Economics Research (UNU-WIDER) and the Institute of Statistical, Social and Economic Research (ISSER), University of Ghan...