Blog
Capital flight from developing countries – what is it, how is it measured, and what have we learned?

Many worry that developing countries lose a substantial amount of money via capital flight, that is, outflows of cash and securities — part of which can also be illegal. Those funds, if they came into the limelight, could be subject to tax and the revenues could support the financing of important development goals.

Some estimates of capital flight are very large and have attracted a lot of attention by the media, NGOs, and policy makers alike. But are those estimates reliable? And if they are, how do those financial flows compare with other macroeconomic quantities?

In a recent WIDER Working Paper we seek to achieve two main goals. First, we critically review the methods used to measure capital flight — be it a result of individual taxpayers failing to disclose their offshore wealth, or by multinational enterprises using transfer mispricing in their cross-border transactions. Second, we put the findings into context by discussing the implications of the findings for tax and development more broadly.

An estimated 8% of household financial wealth held in tax havens

The most prominent estimates of wealth held by private citizens in tax havens are provided by Zucman (2013, 2015). Drawing on statistics of cross-border portfolio investment, he shows that, globally, reported liabilities exceed reported assets, suggesting that part of the assets are undeclared. The vast majority of the ‘missing wealth’ is located in a few well-known tax havens — a finding which is highly suggestive of tax evasion. The findings imply that, globally, around 8% of households’ financial wealth is held in tax havens. By making assumptions about the rate of return and the tax rates on capital income, the stock of wealth can be turned into estimates of lost tax revenue, which amounts to around US$200 billion annually. The greatest losses accrue to Europe, the US, and Asian countries.

Turning to the firm side, researchers have shown how profits reported by multinational companies respond to tax differentials between host and source countries. Multinational companies must value their inputs and intermediate goods when they are moved within the same company across country borders. These prices should reflect the market value of transactions, however, firms may be tempted to deviate from market prices in order to move profits to countries with low tax rates. This phenomenon is known as transfer mispricing.

Most of research on this topic is focused on developed countries, however a recent exception is a WIDER Working Paper by Johannesen et al. (2016) (see an earlier blog). They develop methods that are less demanding in terms of data requirements, and arguably thus better suited for studies in developing countries than the methods used by earlier studies. When applying their approach to a global sample of multinational firms, they find that reported profits are roughly twice as sensitive to tax incentives in developing countries than in developed countries.

Related work by the OECD (2015) arrives at an estimated annual global loss of government revenue from base erosion and profit-shifting of around US$100–240 billion. The IMF (Crivelli et al. 2015) has also recognized that international corporate tax evasion is a relatively more important phenomenon for developing as compared to developed countries, as the former could lose taxes at a level of around 1.3% of their GDP.

Some of the largest estimates of capital flight are, however, problematic

The largest estimates of illicit financial flows are reported by Global Financial Integrity (2015) which argues that capital flight out of developing countries could reach US$1 trillion annually. Allegedly, the vast majority of the flows (around 80%) is due to trade misinvoicing (e.g., underreporting the value of exports from a developing country), which they calculate according to the so-called Gross Excluding Reversals method. This approach utilizes discrepancies in bilateral trade data between exporters and importers. Accounting for trade costs, trade between developing and developed countries should have the same value whether reported from the exporter or the importer side. If the two differ, it is seen as evidence of capital flight via mispricing.

The results from such analysis should, however, be interpreted with great caution for several reasons: trade costs margins may differ; exports and imports can be differently classified in origin and destination countries; and the use of net rather than gross flows leads to different conclusions. Nitsch (2016) concludes, in fact, that the ‘quantitative results obtained from those exercises (in Global Financial Integrity (2015)) have no substantive meaning’.

What have we learned?

Our reading of the literature is that available data and methods to gauge the extent of international tax evasion have improved in the last few years, and we now have an evidence base suggesting that capital flight is a serious issue, and of greater relative importance for developing as compared to developed countries.

At the same time, the largest estimates of the extent of illicit flows appear to be based on problematic methodologies. This means that, while the sums involved are by no means small, closing the international tax loopholes alone will not be sufficient for financing the many spending needs that poor countries have. For instance, we demonstrate in the working paper how using the best available estimates from Zucman (2015) and Crivelli et al. (2015) and applying them to African data suggests that official development assistance for Africa outweighs the lost tax revenue due to capital flight.

Domestic sources must remain responsible for raising the bulk of revenues in developing countries. For donor countries, investing in technical assistance to help tax agencies raise revenues from both domestic actors and multinationals holds considerable promise. Supporting international tax units in the revenue authorities of developing countries to participate and benefit more from international tax information exchange would be one example of such an initiative. And to enhance the quality of discussion and credibility of estimates, estimates of capital flights should be subject to more detailed peer review before the results are taken as granted, as has regrettably been the case. This will help ensure that governments have access to the best and most accurate estimates available for decision-making. 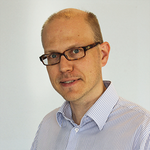 How should the international community respond to migration and refugees?
Next