An interview with Jukka Pirttilä 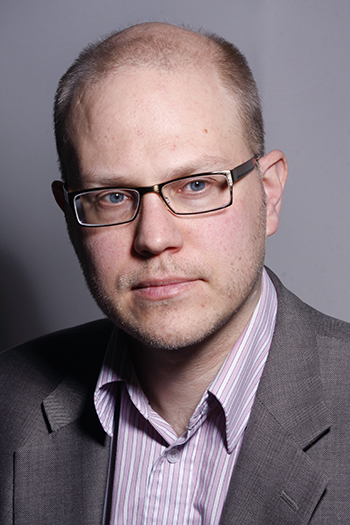 The University of Tampere is participating in an international project in which a microsimulation model is being drafted for the evaluation of the price effects of taxation and the transfer of income in developing countries.

‘The model helps in the planning of the overall picture. It shows the biggest loopholes in the security networks, offers possible fixes and suggests various kinds of transfers of income,’ says Jukka Pirttilä, professor of economics at the University of Tampere, School of Management.

Pirttilä studies the public economies of developing countries in a shared project by the University of Tampere and UNU-WIDER (World Institute for Development Economics Research). He coordinates the compilation of the SOUTHMOD microsimulation model in the international project carried out with the University of Essex (UK) and SASPRI institute (South Africa).

The first countries to apply the new microsimulation model include Ethiopia, Ghana, Mozambique, Tanzania, and Zambia in Africa, as well as Ecuador in South America and Vietnam in Asia. The countries have free access to the model.

‘Researchers from the participating countries have also participated in the creation of the models. The idea is for them to teach their countrymen to use these services as part of the contract. We are now in the stage where the first training events are to be organised this spring,’ Pirttilä says.

The model helps calculate the effects of changes

The governments of developed countries, like Finland, use a simulation model for calculating the effects of reforms in taxation policies and the transfer of income. The Finnish system is called Sisu.

‘Simulation refers to the fact that the system can be used to change the taxation or employment benefit systems, for example, and to see who will benefit from the change, and what the costs are. It is a basic tool used in all OECD countries,’ says Pirttilä.

The SOUTHMOD project first created one shared simulation model, to which country-specific information was coded at a later time.

Many developing countries are only now designing social security systems for helping the poorest of their people.

‘When the income level of a country rises, the development aid must be replaced with a separate tax, and for that phase, this model is perfect,’ Pirttilä says.

Developing countries are being helped to rise from poverty, even though the present model does not analyse economic growth as such, but rather the operation of public economies.

The model does not propagate ideological choices

According to Pirttilä, the simulation model for taxation and the transfer of income is free of ideologies, as it contains no pre-programmed choices.

‘We take the data, which hopefully is a representative sample, and encode the current systems for taxation and the transfer of income into the model. At this stage, no ideological choices are made. If the model is intended to be used to propagate a certain type of change, it is obviously affected by what kinds of changes are considered good. The model in itself does not take a stand.’

Pirttilä says that the model becomes more difficult if changes wished by economic agents are included. For example, we could say that the people in Ghana wished to increase the level of their income transfer system and to fund it through increasing social security fees. Small changes would not necessarily decrease the number of available jobs.

However, if taxation is increased significantly, the number of good jobs could decrease, which will force a choice to be made. This is a real threat in such countries, because there are not enough appropriate jobs.

Not all developing countries have a government able to collect taxes, but according to Pirttilä, Finland’s long-term development cooperation countries in Africa already have sufficient tax collection systems.

‘The main problem is that a large number of people are outside the official sector, meaning that neither they nor their employers pay any income tax. The largest share of tax income is collected through value-added tax and other indirect taxes. In addition, these countries are more dependent on the corporate taxes paid by large companies than richer countries.’

Evaluations vary regarding the size of the losses caused to developing countries by the efflux of capital and corporate tax evasion. Some talk about hundreds of billions or even a trillion dollars.

‘These figures are huge, but the reality may not be quite as high as the highest estimates. The problem is that tax evasion by large companies is evaluated by lobbying organisations and interest groups whom it suits very well that the problems are as big as possible,’ Pirttilä says.

The largest tax evasion loss sums are presented in articles which have gone through no peer review processes at all.

‘The ones which have undergone scientific peer review present large figures, though not quite as astronomical. The claim that Africa suffers from a higher efflux of capital than it receives in development aid is not necessarily accurate.’

However, the fact remains that international corporations are able to use consultant companies skilled in optimising taxation.

‘The international taxation units of small developing countries have low resources and poor education levels, and find it extremely difficult to operate with large companies.’

Even though the problems with corporate taxation were fixed, the expansion of the domestic tax base remains another problem. Pirttilä sees this as a major issue.

Developing countries have been able to introduce value-added taxation, but they don’t yet have a functional income taxation system.

‘If we can prove that tax income is efficient through improved public services, the morale for paying taxes may improve in the long run. But how to prove it scientifically? I’m still working on a solution,’ Pirttilä says.

Finnish taxpayers cannot avoid paying income taxes, because the employer withholds the tax from the salary and delivers it to the tax authorities. If this kind of a system was spread everywhere, taxation would not be subject to morale.

An esteemed financial paper recently published a study which showed that in Denmark, the tax income accrual increased when the responsibility of financial institutions to report capital income was tightened. The random sample also showed that Danish people evaded taxes by exaggerating the amounts of commuting expenses they declared.

‘If the Danes do this, what do you think the Nigerians do?’ Pirttilä wonders.

‘If we’re really lucky and the developing countries increase their ability to collect taxes, we can only hope to be able to produce a similar quality control on their expenses. That would really benefit many parties.’

Making the world a better place, in baby steps

Jukka Pirttilä has always been interested in how the things he has learned could be used for the good of the public economies in developing countries. He has worked in Helsinki as a UNU-WIDER Senior Research Fellow for two years. At least until the end of 2017, 50% of his working hours are earmarked for the University of Tampere and WIDER shared project.

‘In a way, UNU-WIDER is between a university and a think tank. They are not only interested in top-level publications, but also focused on the effects of their work on actual politics.’

Are you trying to make the world a better place?

‘Well, in this sense, yes. In baby steps,’ Pirttilä admits.

Pirttilä refers to James Mirrlees, winner of the Nobel Memorial Prize in Economic Sciences. He spoke for a fair society, but went about his research in small steps, keeping in mind his motto ‘Think big, work small.’

From sub-Saharan Africa to Viet Nam and Ecuador, how one model is used to improve social protection

Blog | Capital flight from developing countries – what is it, how is it measured, and what have we learned?
Blog | Opening the vault
Blog | Estimating tax avoidance
Blog | Tax, development and the SDGs
Blog | GHAMOD launch and training
Blog | Developing a microsimulation model for Mozambique – from inception to impact
Blog | From sub-Saharan Africa to Viet Nam and Ecuador, how one model is used to improve social protection

Opening the vault
Next