The nature of work is changing due to technological progress, globalization, and the rapidly expanding supply of college-educated workers. At a global level, these changes have induced a shift away from lower paying and less productive jobs with routine-intensive tasks toward higher paying and more productive jobs with more non-routine work. As a result, some analysts see hope for ‘global convergences’ — when lower-income countries catch up to their higher-income counterparts. But do the empirics support this hypothesis, or not?

This is likely to be true as long as the gaps in routine task intensity between lower- and higher-income workers in the same occupations persist. From a policy perspective, this means that to address inequalities between countries, especially earnings and output inequalities, we should do more to increase technology adoption and raise workers’ occupational skills in developing economies.

Using newly compiled data that allows us to capture cross-country differences in the routine task intensity of occupations, we found that workers in low- and middle-income countries perform more routine-intensive tasks than workers with the same job in high-income countries. This is especially pronounced in high-skilled occupations, as Figure 1 for those in managerial occupations illustrates. 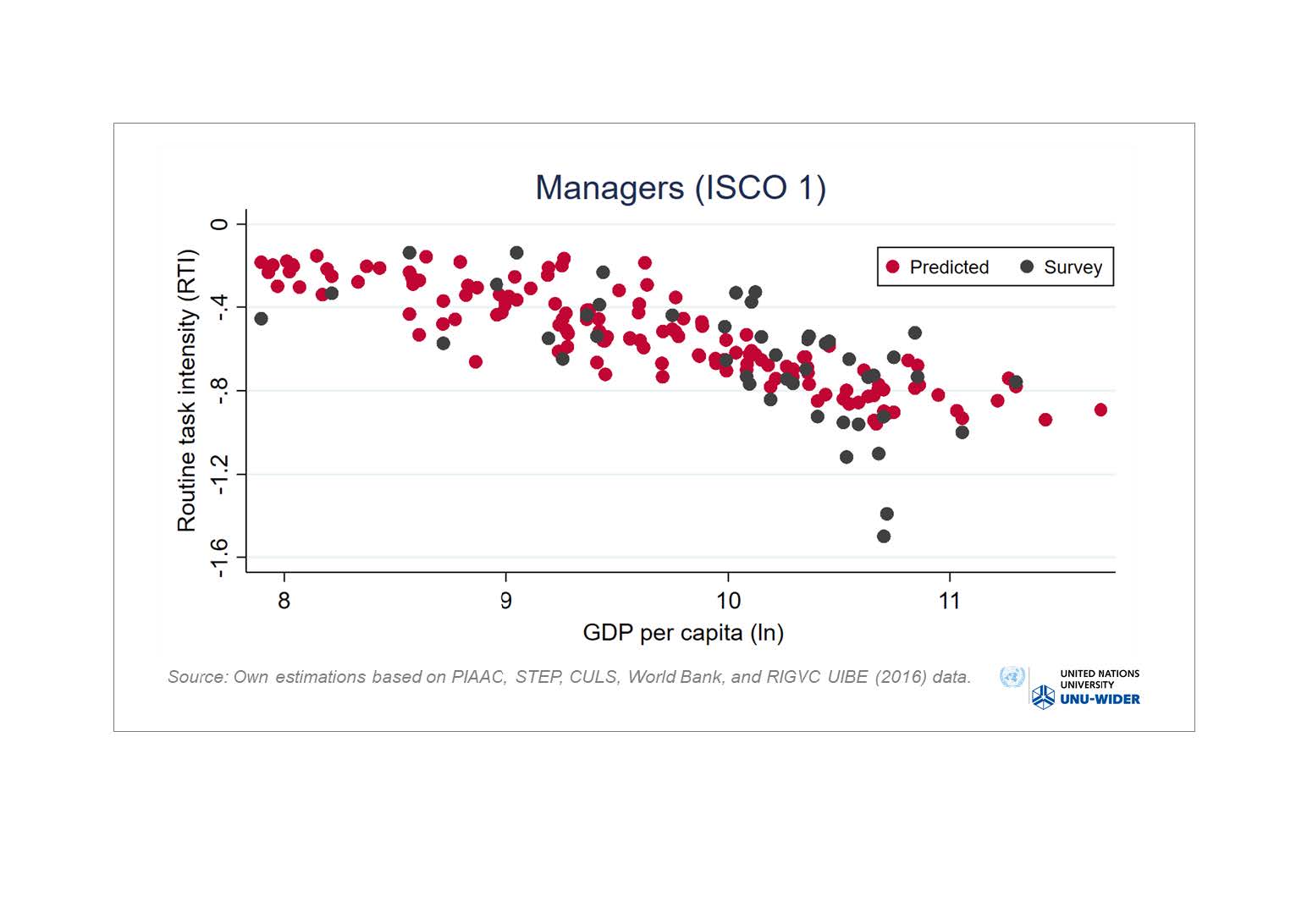 Better access to technology in the more developed countries plays a key role in explaining why workers in those countries perform less routine-intensive tasks. As an influential 2003 paper in the Quarterly Journal of Economics and more than a few subsequent studies have argued, computerization and internet connectivity facilitate the automation of tasks and jobs that are codifiable and routine, while complementing humans in jobs which involve non-routine tasks and require more advanced skills. This leads economies to replace routine-intensive and often lower- or middle-paying positions with less routine and often higher-paying jobs.

As information on the task content of specific occupations has not yet been systematically collected in many countries, existing global labour market analyses of occupational task structure largely rely on the US data collected through the Occupation Information Network (O*NET). Applying the US O*NET data in a global analysis, however, requires assuming that the tasks performed by workers anywhere in the world are identical to the tasks performed by workers in the same occupation in the US. In view of sizeable structural differences between national economies, this assumption is certainly problematic.

For one thing, the use of O*NET task measures to study the global distribution of routine and non-routine work — which assumes that occupations are identical around the world — would suggest that the average routine task intensity of work has been declining in all country groups at a similar pace (see Figure 2). By contrast, we account for cross-country differences in occupational tasks and find that the gross reallocation of labour away from routine work and toward non-routine work has occurred much slower in the low- and middle-income countries than in high-income countries. The conventional assumption that occupations around the world are identical in the job tasks they require can be very misleading. It leads to an overestimation of the non-routine task content of jobs in developing and emerging economies, and to overly optimistic conclusions regarding the convergence of the nature of work in these countries towards the most advanced economies (see figure). Our study provides a more sobering yet realistic picture of the role that technology adoption and structural change in developing economies has played, and will continue to play, in reducing inequalities between rich and poor countries. 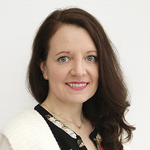 The global distribution of routine and non-routine work

The changing nature of work and inequality

Working Paper | The global distribution of routine and non-routine work
Blog | Why should I care about economic growth?
Blog | Global inequality may be falling, but the gap between haves and have-nots is growing
Blog | Reducing inequality — why working together is no longer just an option

The global distribution of routine and non-routine work

The WIID celebrates 20 years with a daring new plan
Next