The challenge of industrialization

The international community has a new set of development goals, and they reflect Africa’s aspirations much more closely than the Millennium Development Goals (MDGs) they replaced. Their single most important contribution is to recognize that sustainable development, especially in Africa, means creating good jobs—jobs that pay living wages and offer a chance to develop new skills (Goal 8). In Africa today only one in five workers finds employment in the wage economy. The rest are forced to settle for low paying jobs, often through self-employment, in the services sector, where output per person is only about twice that in agriculture.

The ‘investment climate reforms,’ beloved by the World Bank and some bilateral donors have not and will not bring industry to Africa

The SDGs also suggest how to grow good jobs. Goal 9 sets as an objective to ‘by 2030, significantly raise industry’s share of employment and gross domestic product.’ Industry is singled out because it is a high productivity sector capable of absorbing large numbers of moderately skilled workers. Between 1950 and 2006, about half of the catch-up by developing countries to advanced economy levels of output per worker was explained by labor moving out of agriculture into manufacturing combined with rising productivity within industry. In Africa manufacturing output per worker is six times that in agriculture. 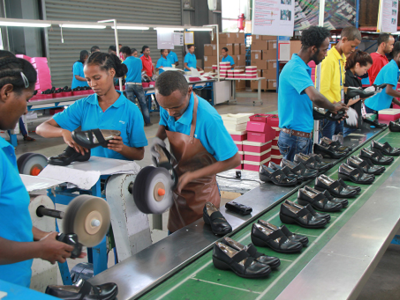 For more than 40 years Africa’s industrial development has been disappointing. In 2013 the average share of manufacturing in GDP in Sub-Saharan Africa was 10 about per cent, the same as in the 1970s. Africa’s share of global manufacturing has fallen from about three per cent in 1970 to less than two per cent in 2013. Manufacturing output per person is about a third of the average for all developing countries and manufactured exports per person, a key measure of success in global markets, are about 10 per cent of the global average for low income countries. Clearly, Africa needs more industry to create more good jobs.

A need to break new ground

Most of the heavy lifting in terms of public action will need to be done by African governments, themselves. To industrialize successfully Africa will need to part company with the policy orthodoxy of the aid community and break new ground. The ‘investment climate reforms,’ beloved of the World Bank and some bilateral donors have not and will not bring industry to Africa. While industrialization cannot succeed without the ‘basics’ that make up the investment climate—infrastructure, skills, and institutions—these alone are not enough. 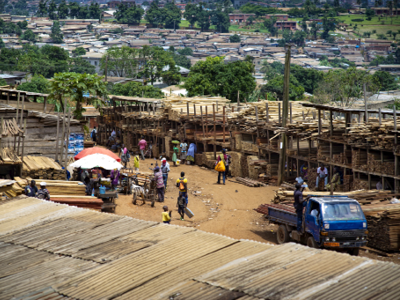 Three closely related drivers of firm-level productivity— exports, agglomeration and firm capabilities—have been largely responsible for East Asia’s industrial success, and their absence helps to explain Africa’s lack of industrial dynamism. These three drivers of productivity and industrial location are fundamentally interrelated. Progress in one area cannot succeed in the absence of progress in the others. In short, a strategy for industrial development is needed—and an active government to implement it. To compete in the global market for manufactures, African governments need to develop new policies to promote industrial exports, build the capabilities of domestic firms and foster industrial clusters. These policy initiatives need to be coordinated and contemporaneous.

There is a need to reexamine the aid industry’s approach to the investment climate, let go of the soft target of regulatory reform and ramp up support for infrastructure and skills. While the SDGs make more infrastructure and better skills global goals, they are short on the specifics of how to meet them. Given fiscal and political realities in the donor countries, a massive increase in Official Development Assistance (ODA) is unlikely.

To compete in the global market for manufactures, African governments need to develop new policies to promote industrial exports, build the capabilities of domestic firms and foster industrial clusters

There is a need to reexamine the aid industry’s approach to the investment climate, let go of the soft target of regulatory reform and ramp up support for infrastructure and skills

Some creative financial engineering by the International Financial Institutions (IFIs) and bilateral agencies is needed to help reduce the risks to private investors. International support for export-led industrialization must act on three fronts—aid to improve trade logistics, support for regional integration and policies to increase preferential market access. Trade related infrastructure is critical to export success, and Africa suffers deficits in almost every aspect. Donors, however, have failed to meet their commitments to ‘aid for trade’ and have failed to support the formation of Special Economic Zones (SEZs). Higher income countries should also develop a common, time-bound system of preferences for Africa’s nontraditional exports. At present, different OECD countries have different trade preference schemes, and most of them are not well designed or effective. Book | Made in Africa