Blog
From sub-Saharan Africa to Viet Nam and Ecuador, how one model is used to improve social protection

Are there enough tax payers to generate the revenue needed by governments to reduce poverty? How adequate are the social security arrangements that already exist? Anyone who has started to probe these issues will know that the answers to such questions can be hard to pin down. This is why the SOUTHMOD project is so important: tax and benefit microsimulation models help to shine a light on these and many other questions.

The first goal of the United Nations’ Sustainable Development Goals is to end poverty in all its forms everywhere. As Africa is one of the poorest continents on Earth, the questions of how poverty can be eliminated quickly and sustainably are particularly pressing there. The SOUTHMOD models enable users to gain an overview of how in combination the taxes and social benefits in each country affect people’s incomes. They also provide users with an opportunity to understand in detail how each of the policies was designed and operates, as well as to test out hypothetical reforms.

But how did the SOUTHMOD programme come about?

The South African trailblazer: the first developing country model to use the EUROMOD software 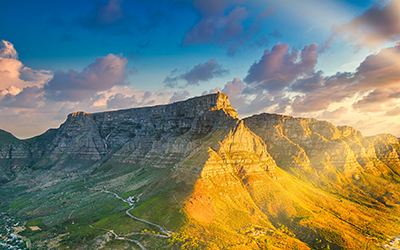 In essence, a static tax-benefit microsimulation model is a sophisticated calculator. The model applies the tax and social benefit rules to individuals in a nationally representative survey dataset, and simulates the taxes that people ought to pay and the benefits they ought to receive. A sophisticated microsimulation model and software platform – called EUROMOD – has been developed over many years by the University of Essex and applied to all countries across Europe. As it was designed to be flexible enough to accommodate the wide range of complex tax and benefit arrangements across Europe, it seemed possible that it might be useful in other country contexts too.

A team led by Professor Michael Noble, then at the University of Oxford, built the first tax-benefit microsimulation model using the EUROMOD software for a non-European country, South Africa. The initial project ran from 2006-2009 and was funded by the UK Department for International Development.

Since those early days, the South African model – called SAMOD – has been kept up-to-date and is now maintained by Southern African Social Policy Research Insights. It has been used extensively for policy research including most recently for an Expert Panel on Basic Income Support in South Africa that has been convened by the Department of Social Development and the International Labour Organisation to advise the government on options for social security reforms.

In 2014, a sister model called NAMOD was built for the Namibian Government with UNICEF Namibia and was subsequently updated. It became evident that the software worked very well in different developing country contexts.

UNU-WIDER, the University of Essex, and SASPRI joined forces in 2015 to build on this initial work. The objective of the SOUTHMOD programme is to promote tax and benefit microsimulation modelling in developing countries, building on the many years of experience of the EUROMOD team at the University of Essex, the experience of building models in South Africa and Namibia, and the extensive academic and research network of UNU-WIDER. Country models now exist for Ethiopia, Ghana, Mozambique, Tanzania, Uganda, Zambia, and – further afield – Ecuador and Viet Nam. Like the South African and Namibian models, each of the country models was built in collaboration with local experts in government and/or academia.

The EUROMOD software is now used in 40 national models across five continents. The many years of innovation and refinement have resulted in a resource that it is still cutting edge and globally relevant. The risks taken and investments made by donors to fund these initiatives have paid off, and a growing number of people across the world are now using the models for research and policy purposes. By providing the EUROMOD software free of charge, and with the SOUTHMOD models being made available by UNU-WIDER for free upon request, the models can be used to explore answers to some of the thorniest questions about how best to harness tax and social benefit systems to reduce and eliminate poverty. New country on the SOUTHMOD map

Virtuous circles and downward spirals
Next