Improving the position of women continues to be an important concern in development. As we strive to make better living standards possible for people of all walks of life, we need to identify and meaningfully address problems faced by individuals and groups.

The unfortunate truth is that women around the world encounter inequalities in their everyday lives, in many shapes and forms.

The unfortunate truth is that women around the world encounter inequalities in their everyday lives, in many shapes and forms. Gender equality was named one of the Sustainable Development Goals because it still isn’t the norm.

As compared to their male counterparts, women typically earn less, are less likely to participate in the labour market, and spend more time doing unpaid work. They also make up a vulnerable group outside of working life, with more than one in three women worldwide having experienced physical or sexual violence.

The complex nature of the problem demands that work be done on many fronts.

This is the starting point of UNU-WIDER’s ongoing project in partnership with the University of Namur, Gender and Development, which investigates some of the gaps in opportunity and capability between men and women in key global contexts. I recently had the chance to listen in on the key findings coming out of the project at Towards Gender Equity.

Here’s what I learned.

Attention to gender pays off

Development aid organizations and state agencies have sometimes preferred to implement projects in communities through mixed gender or same gender — usually all-women — groups. James Fearon’s experimental study in Liberia with Macartan Humphreys took a closer look at how these types of groups provide aid and got an important result.

When in mixed groups, the study found that women contributed about the same as men to a community fund. When in an all-women group, however, they contributed substantially more — when they were aware they were dealing with other women only. The authors attribute this result to a potential social identity effect; in other words, they may have identified with their group and, as a result, acted in solidarity. The study provides concrete evidence that the right group make-up may lead to positive outcomes, in this case, delivering public goods.

Researchers make use of certain available categories — such as caste in India — in their research to determine differences between groups of people in society. Results may not be what they seem, as Vijayendra Rao of the World Bank pointed out, since the definition of who gets included in the government categories of caste in India has changed with time and become increasingly political.

Instead of investigating women’s economic and social empowerment only in terms of caste, Rao’s joint study with Shareen Joshi and Nishtha Kochhar also considers jati groups, of which there are several thousands in India, specific to regions and sub-regions, as well as particular dialects and languages. The study finds that by focusing on government-defined broad caste categories, many details of the lived reality of caste and gender remain hidden.

Case and point: when jatis are included, key differences can be seen between these sub-groups in both upper and lower castes. Their study finds that when households are grouped by the narrower sub-caste categories of jati, where caste is lived and experienced, there is more variability in the relationship across participation in the labour market, decision-making autonomy, and freedom of movement. There is also a strong relationship between empowerment and economic status in some groups but not others. These findings have implications for, among other things, the design and targeting of interventions, which may be organized according to the widely-used government-based categories.

A critical concern in gender research is how to end harmful practices against women. Jean-Philippe Platteau talked about his work with Giulia Camilotti and Emmanuelle Auriol, which looks at the conditions under which interventions may succeed or fail in fighting oppressive customs, such as female genital cutting or foot binding.

Their research suggests that efforts to eradicate female-hurting customs should combine key elements of a social engineering approach: this includes economic reforms, legal changes, preference change, and local culture. Legal interventions may be complemented with locally-driven community-based projects. As these are driven through longer-term relationships and benefit from knowledge of local context, they have the potential to lead to preference change and an abandonment of harmful customs. Overall, Platteau and colleagues’ work provides a useful theoretical framework for future analysis of economic and social engineering approaches to ending harmful customs.

Studying the mechanisms responsible for gender inequality and the role that gender plays in economic concerns is a vital part of UNU-WIDER’s ongoing work. The current gender and development project is one way our expansive network is delivering on this topic. It includes conducting research on key areas of interest, such as those above, and extends to communicating findings to key audiences, including policy makers in developing countries.

Want to know more? Read about the most recent project workshop and flip through presentations here. 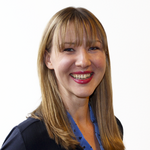 Four graphs you need to see on International Women's Day

Towards gender equity in development

Missing school years for girls
Next