Policy Brief
Unequal growth in Mozambique and the region

There is an increasing interest in the analysis of economic inequalities in least developed countries. This is not only the result of a general social preference for equality, but also the consequence of a growing sense that highly unequal societies may distort the functioning of a country.

In highly unequal societies, faster growth rates will be necessary to achieve a given target in reducing poverty. The lack of social cohesion may also compromise the economic and social stability, as well as good governance, required for a sustainable growth path — the reason for which longer growth spells are robustly associated with more equality in the income distribution.

Thanks to increasing availability of household surveys in recent decades, there is limited but fast‐growing empirical evidence about inequality in developing countries. This literature points at no clear universal inequality pattern among these countries in neither the trend nor its driving factors. This calls for region‐specific studies to better understand how each context and growth pattern interact with inequalities. In this framework, it is in the sub‐Saharan African region where we can find the least developed and most unequal of all countries. This region has witnessed an important economic growth during recent decades due to the increasing demand for their natural resources, and the end of some of its long‐lasting conflicts. This has helped to reduce its huge levels of poverty rates, but there is a risk of this leading to increasing inequality as well. This would imply poverty reductions below its potential in areas with still high population growth. 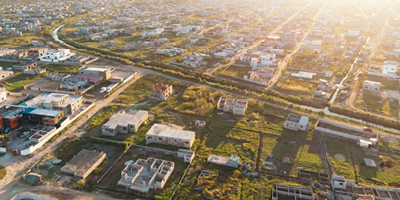 Mozambique was the world’s poorest country at the end of the post‐independence conflict in the early 1990s. Afterwards the country witnessed an important economic growth that substantially reduced the initially huge poverty levels but that, however, is starting to take a toll in terms of inequality. This has curbed the reduction of poverty in the most recent years and might raise concerns on the sustainability of the country’s current growth path. This increasing inequality goes in line with the increasing dualization of this natural resource‐rich economy, with an emerging sector of the population with a higher attainment level of education working in the private sector outside the subsistence economy. 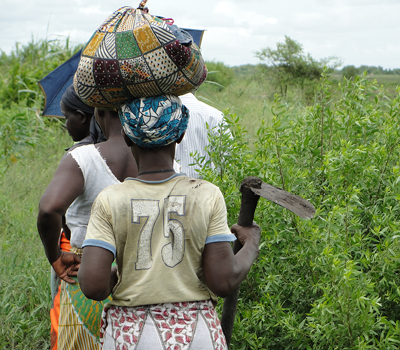 In terms of gender inequality, women are underrepresented in contract farming agreements between smallholders and private firms in rural areas, a tool increasingly prescribed for agrarian development to increase incomes among poor rural households. These contracts also have a negative impact on the probability that women receive extension services when their household does, a potential source of gender inequality.

Mozambique has high female employment rates, but women mostly work unremunerated on small family farms. Women are lagging behind in the growing non‐subsistence sector of the economy because of with two main factors: the persistent lower human capital of women, measured in terms of attained education, literacy, and Portuguese language proficiency; and the distinct employment probabilities of married men and women, the result, to some extent, of gender‐related social norms.

In Mozambique, the health of children is significantly higher when the mother does not justify the use of violence by her partner, a measure of women’s empowerment. The higher a mother’s education level and body mass index the better is her children’s health, and child health tends to be higher among female children in urban areas and in most developed southern regions, especially around Maputo. 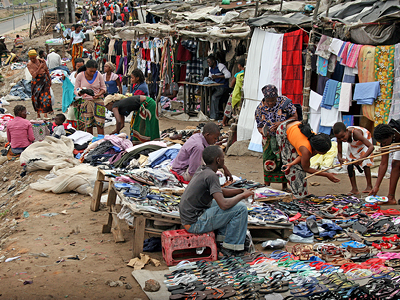 Poverty and wellbeing in the region

Examining multidimensional poverty in four sub‐Saharan African countries — Malawi, Mozambique, Tanzania, Zimbabwe — using available demographic household surveys allows us to focus on cross‐country comparability. Amongst these countries, Mozambique has the highest level of poverty, followed by Tanzania and Malawi, while Zimbabwe is the least poor. This analysis highlights the role of inequalities across different deprivations among the poor, an element very often overlooked in multidimensional poverty analyses based on the Alkire‐Foster counting approach.

Using five rounds of the Afrobarometer allows the link between self‐assessed measures of living conditions and objective measures of individual wellbeing (access to basic needs) to be explored. Subjective wellbeing is mostly absolute among Africans, and it is reduced by failure in five basic domains of individual life. However, there is also some evidence of relativeness, with Africans comparing themselves to those who are better off and to those who are worse off, in terms of access to basic needs, when evaluating their current living conditions. The extent of this finding depends, however, on a country’s economic development.