Rachel M. Gisselquist Almost all major development institutions today say that promoting good governance is an important part of their agendas. The outcome document of the recent 2011 Busan High-Level Forum on Aid Effectiveness further reflects these commitments. In a well-cited quote, former...

21 February 2014 Rachel M. Gisselquist Earlier this month, New York Times columnist Nicholas Kristof published a scathing critique of the role of academics in public debate. &lsquo;Professors, We Need You!&rsquo; he moaned, noting that &lsquo;some of the smartest thinkers on...

Rachel M. Gisselquist There is much to commend in the Millennium Development Goals (MDGs) as we approach their target deadline of 2015. In addition to the major improvements achieved in poverty, health, and education, the establishment of a set of worldwide targets, and their incorporation by...

As a political scientist specializing in the comparative politics of development, including particular attention to issues of governance and democracy, I have followed this year&rsquo;s World Development Report with special interest. I have not been alone. WDRs usually attract attention, but... 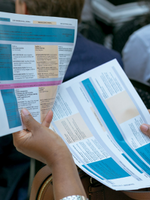 While many WIDER Development Conferences emerge from ongoing projects, our latest conference in October &mdash; &lsquo;Migration and mobility: New frontiers for research and policy&rsquo; &mdash; offered a different opportunity: to focus attention on an important cross-cutting...

Copy Citation
Blog
Clientelism – another reason to worry about US democracy
Rachel M. Gisselquist - The Loop , 2021

The last several months have given us many reasons to worry about US democracy &ndash; not least the riot at the US Capitol and the president&rsquo;s refusal to accept the results of the November election, with Republican support. Rachel Gisselquist argues that clientelism is yet another... 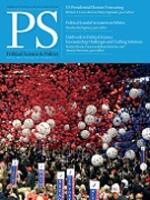 Recent years have seen a proliferation of composite indicators or indexes of governance and their use in research and policy-making. This article proposes a framework of 10 questions to guide both the development and evaluation of such indexes. In reviewing these 10 questions – only six of...

Aid and Institution-Building in Fragile States
– Findings from Comparative Cases
Rachel M. Gisselquist - The Annals of the American Academy of Political and Social Science, 2014 - London, UK

Why and how some states transition successfully from fragile to more robust—and some do not—are both topical and age-old questions. This volume of The ANNALS addresses these questions with particular attention to the role of foreign aid, offering new traction on theory development on...

Copy Citation
Journal Article
Aid and Institution-Building in Fragile States
– What Do We Know? What Can Comparative Analysis Add?
Rachel M. Gisselquist - The Annals of the American Academy of Political and Social Science, 2014

Recent years have seen a proliferation of ‘composite indicators’ or ‘indexes’ of governance. Such measures can be useful tools for analysing governance, making public policy, building scientific knowledge, and even influencing ruling elites, but some are better tools than...

Almost all major development institutions today say that promoting good governance is an important part of their agendas. Despite this consensus, ‘good governance’ is an extremely elusive objective: it means different things to different organizations and to different actors within... 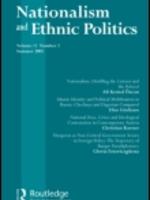 This article explores how ethnic politics may operate differently in societies with “ranked” versus “unranked” ethnic systems, where ethnicity and class correlate closely versus very little. It focuses on two hypotheses suggested, but not tested, in Donald Horowitz's...

Recent research highlights the considerable potential of industrial policy to support structural transformation in sub-Saharan Africa. Given the importance of the state in industrial policy, this paper considers the implications for these discussions of recent work on state fragility. It argues...

Despite the widespread use of paired comparisons, we lack clear guidance about how to use this research strategy in practice, particularly in case selection. The literature tends to assume that cases are systematically selected from a known population, a major assumption for many topics of... 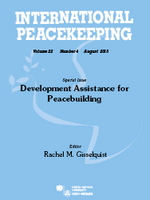 Development assistance to fragile states and conflict-affected areas can be a core component of peacebuilding, providing support for the restoration of government functions, delivery of basic services, the rule of law and economic revitalization. Despite a wealth of research, however, significant...