Millions of Africans lost their jobs as a result of the coronavirus pandemic, but state social security systems were of little help to people who lost their income. 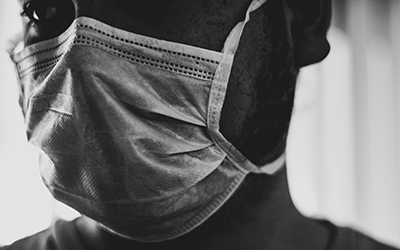 This is the conclusion of a study conducted by the United Nations University World Institute for Development Economics Research, UNU-WIDER. The study assessed the socioeconomic effects of the early stages of the pandemic in Africa.

In particular the research focused on the impact that social protection and tax policies had on reducing poverty and income inequality in five countries: Ghana, Mozambique, Zambia, Tanzania, and Uganda.

‘In Africa, however, these mechanisms did not effectively compensate for income losses because a large proportion of the population works in the informal sector.’

Countries need to be prepared for crises

There is also a shortage of social benefits that respond automatically to income changes among the poorest parts of the populations. Instead, many countries have dedicated cash assistance programmes for poorer citizens that have been expanded during a pandemic.

Out of the five countries examined in the UNU-WIDER study, the Zambian cash assistance programme was the policy measure that most effectively protected poor households against income losses.

‘The programme was successfully expanded at the beginning of the pandemic. More vulnerable households became eligible for social assistance and benefit levels were raised’, says Jesse Lastunen.

In his view, the key lesson from the pandemic is that countries should have comprehensive social protection programmes in place in preparation for sudden economic downturns. It is essential to develop institutional measures to identify and reach the groups that are in need of most support.

A positive result was that, at least at the beginning of the pandemic, the poverty rates in the five countries grew less than feared, by up to a few percentage points.

The effects of the crisis on different population groups however varied considerably. In particular, the incomes of those working in urban service sectors plummeted as travel restrictions and lockdowns closed down shops and prevented access to workplaces.

In rural areas the effects were smaller. In Mozambique, for example, a good harvest year in fact slightly improved the livelihoods of the poorest households.

This article was originally published by Kehitys Utveckling and is re-printed here with permissions. Click here to view the original article.

Translated from Finnish by Anna Toppari

Efforts to protect the poor during COVID

Distributional effects of the COVID-19 pandemic in Zambia

Above or below the poverty line

Above or below the poverty line
Next