Globally, governments are using lockdowns to contain the spread of COVID-19. This has disproportionately affected the poor, the homeless, and the migrants who are left without livelihoods, especially where the lockdown is country-wide, as in India. But has it affected women more than men? If so, in what ways?

So far, ground evidence is limited, but a range of effects can be anticipated: on the burden of domestic tasks, care of vulnerable elders, food-sharing under scarcity, exposure risks while shopping for essentials, household asset depletion, and domestic violence. Not all effects need be negative, however. Here I discuss the likely direction of these effects, especially for India, arguing for an intersectional approach which takes account of both gender and class. 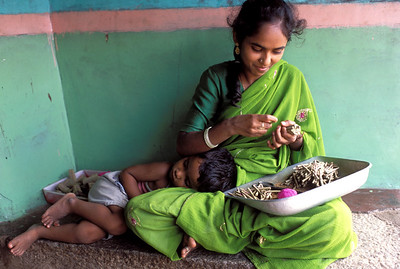 How will domestic chores, care of the sick, and food be shared?

First, if everyone is closeted at home, with schools and colleges closed, who will do the added housework? Women alone? Not necessarily. I think it will vary by class. In poor households, women and girls are likely to bear the brunt of additional workloads. Among professional couples who have to now manage without their part-time maids, it could propel more equal sharing, while among the rich, with live-in help, it may barely cause a ripple. I know several professional couples where husbands also are now taking responsibility for domestic chores and shopping, while earlier they left these tasks to their wives and maids to manage.

Second, who will care for children or the elderly if they test positive, but with mild symptoms, and are required to remain at home? The burden will most likely fall on women. With excessive and repeated exposure as caregivers, they also face the risk of ‘viral overload’, and even younger women could thus get severely infected. Although, overall, women are found to face a lower mortality risk than men from COVID-19, viral overload could undermine any biological advantage.

Similar gender effects could play out in hospitals. In India, since 83% of nurses and midwives are female, they are more at risk, and less likely to get good protective gear than doctors who are disproportionately male (84%) and higher up in the medical hierarchy. There are also reports of nurses being harassed by men in isolation wards.

Third, how is food being shared in homes amidst scarcities? In many households where women and girls eat last and least, they are likely to get fewer calories and proteins, and in poor families they may even go hungry while feeding boys and men. Cooking fuel will also be in short supply, especially in urban areas, since delivery systems are disrupted. In villages, women dependent on the firewood they gather from the village commons may be less affected, but it could lead to further degradation of these natural resources. Over time they would thus need to walk longer distances.

Fourth, 90% of women workers in India are in the informal sector, as domestic workers, street vendors, construction workers, home-based producers, artisans, and so on. A small survey by the Self-Employed Women’s Association among their members in 20 different trades found that all of them faced income loss. This has left them and their families in dire need of basic necessities.

Among migrant workers, since more men than women tend to migrate far from home, the loss of livelihoods will likely affect men more, but intra-household gender dynamics could play out in complex ways as they return 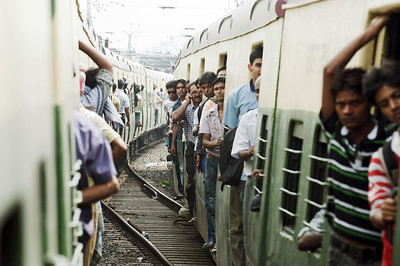 home, jobless. Research evidence shows that domestic violence is significantly higher in households where the husband is unemployed.

Fifth, to cope with joblessness and income loss, families may have to sell assets. In my 1980s research on household coping strategies during severe drought and famine in rural India, I found that families facing acute food shortages began selling assets. The first to be sold were women’s assets – typically jewellery or small animals – while men retained their land and large animals. During the Great Bengal famine of 1943–44, once women lost their jobs and assets many were forced out of homes by spouses and became destitute. We may not get such a drastic effect with COVID-19 lockouts, but much depends on the severity of the post-pandemic economic recession, which we can expect.

Sixth, many countries – USA, UK, China, and elsewhere – have reported a rise in domestic violence in recent weeks. But do all women face the same risk? I believe we need a more nuanced analysis. In India, for instance, on the one hand there is good reason to expect a rise in domestic violence with growing economic hardship and the stress of confinement within homes with limited space. In fact, there is some emerging evidence of women facing an increase in both physical and verbal abuse from spouses. On the other hand, there are contexts where domestic violence could well decrease under lockdown. For instance, in many cases husbands will have less access to liquor, which is one trigger of violence; and women living in extended families could get protection from other family members, including older children.

What can be done?

Overall, existing evidence on the gender effects of the COVID-19 lockdown, for India and globally, is too thin to cover all the above effects, but distinctions across classes and contexts are essential when data are gathered.

Meanwhile, immediate policy interventions are needed in anticipation of likely effects. First, for now, it is imperative to protect all households in need, including informal sector workers, through direct cash transfers and home deliveries of basic staples and key items of daily use. Cash transfers to women, in particular, will ensure their use for family needs.

Second, anti-body tests for the workers, especially in essential services and industries, with a follow up confirmation test to ensure that the person is virus free, could help people return to work gradually, and so ease the lockdown.

Third, women’s organisations as well as women’s police cells should widely advertise their phone helplines for reporting abuse of any kind, and arrangements should be made for alternative shelters, if necessary. The women most in need should not be forgotten during this crisis. Bina Agarwal is Professor of Development Economics and Environment at the University of Manchester, UK, and spends her time between UK and India.

Achieving gender equality in India: what works, and what doesn’t

The quantity and quality of women’s work

How Africa can fight the pandemic

Is sexual violence a driver of the early marriage of girls in India?

Supply or demand? Exploring the mechanisms behind the rise of female labour force participation in Mexico

Blog | To die from hunger or the virus
Blog | When COVID-19 comes to Africa
Blog | Achieving gender equality in India: what works, and what doesn’t
Factsheet | The quantity and quality of women’s work
Blog | Is Mozambique prepared for a lockdown during the COVID-19 pandemic?
Blog | Will COVID-19 lead to half a billion more people living in poverty in developing countries?
Blog | Age composition of population and Covid-19
Blog | How do we live with corona?
Blog | How Africa can fight the pandemic
Blog | Migrant workers in the Covid-19 pandemic
Blog | The five criteria low income countries must have in place for lockdowns to work
Blog | Is COVID-19 really an exogenous shock?
Blog | The labour market implications of COVID-19 for Bangladeshi women
Blog | The world needs a people’s vaccine
Blog | Is sexual violence a driver of the early marriage of girls in India?
Blog | Supply or demand? Exploring the mechanisms behind the rise of female labour force participation in Mexico
Blog | 'Love thy neighbour'?
Blog | Why countries best placed to handle the pandemic appear to have fared the worst
Blog | Staffan Lindberg’s keynote address is a wake-up call

UNU-WIDER ongoing work on the effect of COVID-19 on the economies, states, and societies of the Global South
Previous

To die from hunger or the virus
Next