Blog
Like it or not, poor countries are increasingly dependent on mining and oil & gas

The UNU-WIDER project on extractives for development seeks to examine how poor and middle-income countries can best use their natural resource wealth to promote development. It is well understood that minerals, metals, oil or gas (collectively known as ‘extractives’) have for some years been significant in the economies of low- and middle-income countries (LICs, MICs). What perhaps is less well known is:

Although the countries in question are varied, striking patterns emerge across them when their resource figures are analysed more closely.

Developing countries aren’t the biggest producers, but they are the most dependent

Although higher-income countries extract the largest volumes of minerals, they are not as economically dependent on them.

In other words, although the higher-income countries extract the largest volumes of minerals, they are not as economically dependent on them. By contrast, LICs produce lower volumes of resources but are much more highly dependent on these for their foreign exchange earnings, and indeed for other components of their macroeconomic performance such as government revenues and investment.

The situation in countries with oil and gas resources is more mixed. Countries dependent on oil and gas for their export earnings include a variety of high-, middle- and low-income countries. However, once again, the majority (around 60%) of the most dependent countries—measured by reference to exports—are low- or middle-income countries.

The map below shows countries with high levels of resource dependence (where extractives make up 30% or more of total export earnings). These countries are clustered mostly in Africa, with a few in Asia and South America. 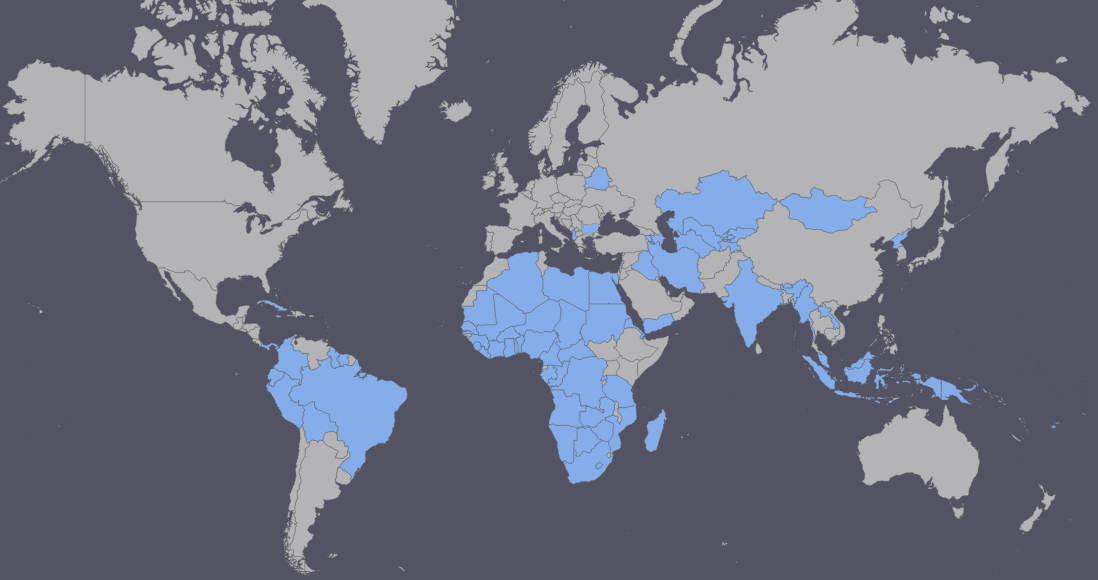 To address this question we look at trends since 1996 (well before the super-cycle of commodity prices began) in the ratio of extractive exports to total exports. The results are unambiguous. A clear upward trend in export dependence can be seen in most of the countries concerned from 1996 to 2012.

At least 63 low and middle income countries have experienced an increase in their dependence on extractives resources over 16 years.

The general tendency among low- and middle-income countries has therefore been towards increased dependency over the study period.

When considering how to achieve development, extractives must be central to the debate

One thing that these two facts—(1) of high extractive dependency among low- and middle-income countries, and (2) increasing dependency since 1996—suggest is that extractives activities need to be more central in development debates than has been the case in the past.

If the development community (donors, governments, citizens, NGOs, etc.) believes that these industries have some inherently negative features (as undoubtedly they do), it has nonetheless to try harder to understand how the negatives can be mitigated and the positive development benefits, clearly visible in a few countries such as Chile, can be enhanced and better captured.

More than 500 million people could be raised from poverty by 2030!

This is not an issue that permits an ‘ostrich head in the sand’ attitude or a passive acceptance of the inevitability of resource-curse outcomes. Indeed, as scenarios developed by the McKinsey Global Institute spelled out (just as the super-cycle was coming to an end), if the past performance of the better performing resource-dependent economies could be transplanted into the remainder of such countries, then more than 500 million people could be raised from poverty by 2030!

The end of the Super Cycle – has it dented resource dependency in poor countries?